WHAT should be the first step in providing our readers with an insight into the fascinating universe that is behind our paintings and jewelry? I pondered on this for a while and decided to go with a pragmatic approach to start with: an explanation about the Woodland School of Art! Because no artists - or art movement - have more influence on Simone's and my canvases and jewelry pieces than our Anishinaabe, Cree, Métis, and Dene brothers and sisters who paint in the great northerly tradition of the Woodland School. This is part 3 of the series.

==The paradoxical nature of Woodland Art==


So, to start off with, let's ask ourselves, what is Woodland art? How can it be best described?

Woodland art is first of all a contemporary art that wants to explore and express in a ritual fashion the inner meaning of all surrounding life forms and the reciprocal relationships between humans, the doodem/clans, the spirits, the supernatural, the plant world, and animals. The underlying motivation is always to translate this (ancient) world view into dramatic visual representations that can be universally appreciated. This discrepancy between drawing from ancestral tradition and working on the edge of contemporary art results in a truly unique art form that since Norval Morrisseau drew his first paintings in the beach sand of the shores of Lake Nipigon, openly defies the narrow classification systems of Western thought.

However, Woodland art in itself seems also characterized by contradictions as it reveals a striking duality of purpose and interest. Many products of the school represent a vital modern school of art, and despite breathing the traditional imagery, stories, and teachings of their people, much of the woodland artist’s work displays the same intensely personal and autobiographical character, even the same tendency to avant-garde styling, as can be found in the fine artwork of any Western-oriented, non-Native artist of today.

But at the same time the inclination of many woodland artists to play many roles – as they swing between one’s private intents and needs and public artistic expression – and simultaneously speak to essentially different audiences (one’s own community versus the Western-oriented art world and perception) sets woodland art apart from today’s mainstream art.


We believe that the same inherent duality and tension is revealed by a tendency to operate on a strong ''community base'', a mentality that is quintessentially Native and contrariwise to the individualism so often encouraged in today’s modern art world, and modern society as a whole...

==Artists of the Woodland School of Art== 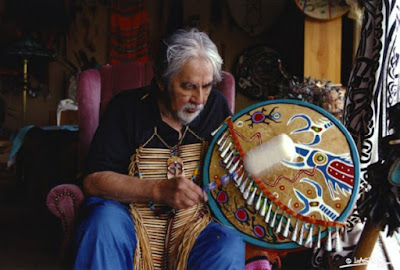 
Image: Ojibwe artist Norval Morrisseau/Miskwaabik Animikii, grandfather of the Woodland Art School. He was the first to defy cultural restrictions by taking the oral traditions and sacred pictography of the Ojibwe-Midewiwin belief system outside Native communities in Canada. 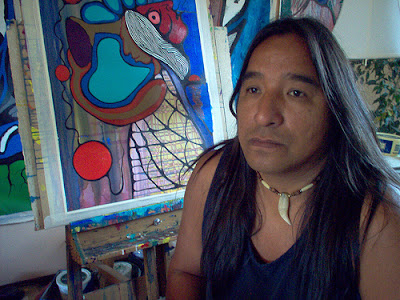 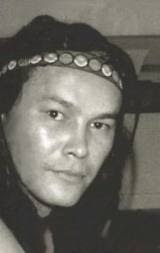 Mozes Beaver (Amik) (1960-2017) came from Summer Beaver, Ontario (Nibinamik). While Amik’s style was reminiscent of traditional Medine painting, his work was distinct for its multi-layered approach, which resulted in magical images of spirits, human faces, and animal forms embedded against a background of the natural environment.

Although stylistically one of the most influential 2nd-generation artists, Benjamin Chee Chee (1944-1977) did not consider himself a part of the spiritual symbolism typical of the Medicine Painters. He once said: “My drawings of birds and animals have no symbolic meaning from the past. To me they are creatures of the present and I draw them because I like their clean lines and beautiful shapes.”


Simone McLeod (her traditional name is Aki’-egwaniizid, which is an Ojibwe name meaning "Earth Blanket") is a a Saulteaux (Nakawe Ojibwe Anishinaabe) painter and poet, born in Winnipeg, Manitoba in 1962.
She belongs to he Name doodem (Sturgeon clan), and feels much kinship with her mother's people, the Azaadiwi-ziibi Nitam-Anishinaabeg (Poplar River "#16" First Nation) of Manitoba. She descends from a long line of Manitoba-based Midewiwin seers and healers and artists.
Simone holds a unique place in the art heritage of her People. She takes pride in creating in her paintings and sketchings a peaceful world in which she and the women and children of her People could live happily. She focuses on humans and animals representing doodem (clan) symbols and describes her sketchings, paintings, and poems as prayers of hope for all. Her work deals with several various, yet interrelated themes, the underlying leitmotiv being child abuse anddomestic violence within First Nations communities. Each and every of her artworks is dedicated to the cause of those countless women, men, and children who suffered the same fate as she has. 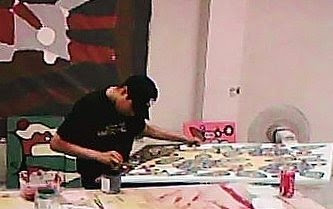 "We don't want that door opened" 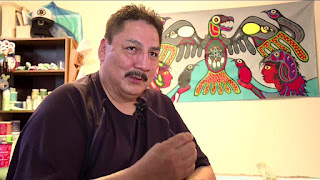 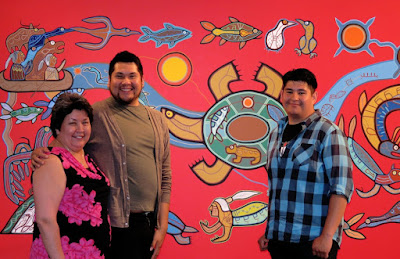 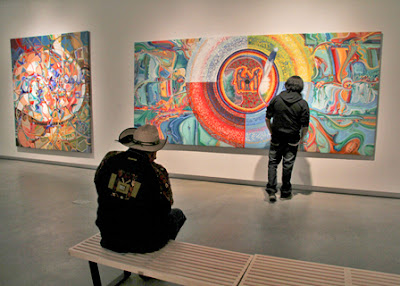 Canadian Art Frontrunners in Winnipeg: Past, Present and Future. Click here for info.