Teachings of the Eagle Feather, Part 6

"The Eagle and the Sun" 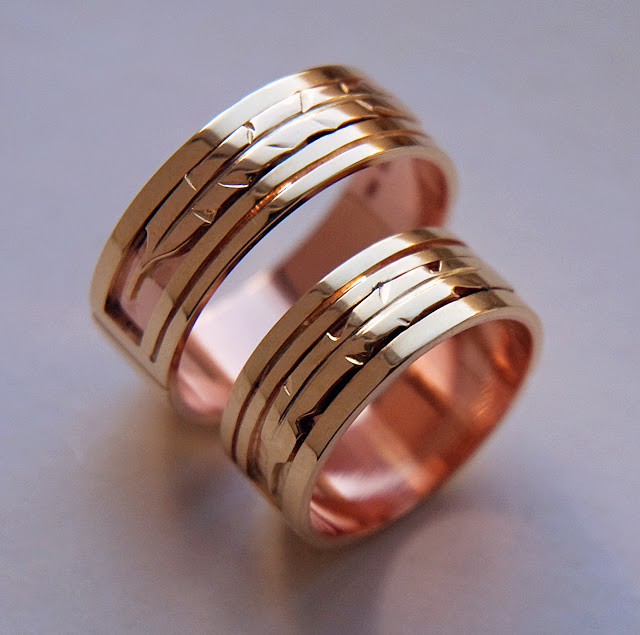 Today, I am pleased to introduce part 6 of a new blog series connecting the jewelry, paintings, and pencil drawings of my artistic partner Simone McLeod and myself with the Seven Grandfather teachings of the Ojibwe Anishinaabeg People.

This blog post, like most of the teaching stories that I write about, holds lessons that are based on Native American traditions, and in particular on the Midewaajimowinan and the Waabanowaajimowinan.

These teaching concepts from the Lodges of the Midewiwin and Waabanoowiwin of the Anishinaabeg Peoples are passed down from the sacred birch bark scrolls that for thousands of years have been kept safe by countless generations of Medicine People.

Today's blog story features images of a new set of wedding bands and a pencil drawing by myself as well as a beautiful romantic pen and ink drawing by my artistic friend and co-blog writer, Nakawē-Anishinaabe Medicine painter and poet, Simone McLeod.


Giizis, grandfather of all life 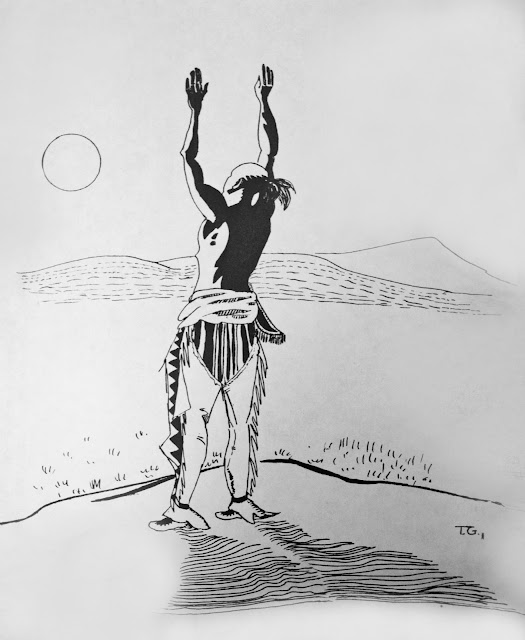 The Indigenous Peoples of Turtle Island (America) have always placed great significance on the sun, and it is central to some of their principal traditional stories. Giizis, the sun, is the symbol of GICHI-MANIDOO, the Great Mystery, and a spirit grandfather who guides all beings on Earth with his light and causes things to grow with his warmth.

As he gives the gift of life once a day, it is renewed at dawn on the following day (see the above pen and ink drawing, made by Zhaawano in his teenage years).

The sun and the eagle have always had a close and powerful bond in some of these stories, and sometimes they were even seen as interchangeable spirit grandfathers.

Prayer carriers to the Great Mystery

The Ojibwe Anishinaabeg from the North American Great Lakes traditionally regard MIGIZI, the bald eagle, along with GEGEK the hawk, as prominent members of the Winged Beings as their wing tips seem to touch the sun. In doing so, these spirit birds draw man's attention to GICHI-MANIDOO, the Great Mystery and Creator of the Universe.

As the eagle is anami'ewin mizhinawe, a prayer carrier of messages and giving thanks, Ojibwe people sometimes envision themselves turning into eagles as they pray for another person and to GICHI-MANIDOO, the Great Mystery, and in certain healing ceremonies Midewiwin specialists ask the eagle to carry the sickness up to GICHI-MANIDOO in order to heal the patient. So highly esteemed are his spiritual powers that an Anishinaabe person would never gaze up to a flying eagle without offering a prayer with asemaa (the sacred tobacco) in their hand.

Sun Dance of the Plains Peoples

The Giizisoniimiwin or sun dance, a yearly ritual involving self-sacrifice and petitioning to the spirits to insure harmony between all living beings, is believed to have been originated with Simone's People, the Nakawē-Ojibwe Anishinaabeg Nations of the High Plains, and, from there on out, to have spread south and west to the Native Nations of the western Great Plains, such as the Nêhiyawak, the Lakota, the Tsitsistas, the Inuna-Ina, the Niitsítapi, the Apsáalooke, and the Ka'igwu. The eagle plays a crucial role in the Giizisoniimiwin as facilitator of communication between man and the spirit world. In ceremonies of the Haudenosaunee from the east and many rites of the Natives Peoples that live in the deserts of the Southwest it is also the eagle who symbolizes, or is connected with, the sun.

Eagle Warriors from the south

Thousands of miles to the south, in Mexico, an AZTEC tradition* relates how during the creation of the present world, the eagle and the jaguar battled over who would have the honor of becoming the sun. The eagle proved himself the boldest and as he flung  himself into a fire he managed to become the sun. The jaguar, following close behind, received the honor of becoming the moon, and the spots on his coat were actually scorch-marks caused by the searing heat of the fire. It is for their prominent role in the creation story of the world that both eagle and jaguar represented the warrior societies that contained the top elite soldiers of the Nahuatl-speaking Nations.

And until today the daily journey of Grandfather Sun is compared to the flight of the eagle; after all, is it not eagle's habit to rise on the warming air of morning and to swoop down out of sight at night in pursuit of prey?

Flight to the sun 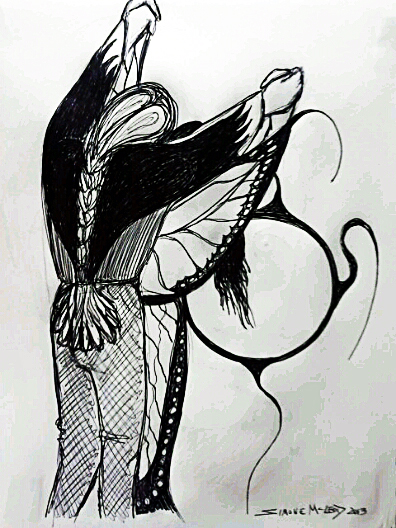 This pencil illustration, titled MEMENGWAA-KWE GIIZISOO-BIMISEWIN (“Sun Flight of the Butterfly Woman”) was especially made for this blog post by Simone McLeod, who based the image on a dream.

What Simone actually did was create a dream in pencil and paper that is obviously inspired by Anishinaabe tradition and the Greek mythology Simone was so fond of as a child.

Simone describes the image as follows: “…this is what I saw. I saw two beings flying together. The stronger protecting the gentler. One strong entity that knows no boundaries. You can feel the strength from the eagle/hawk and his love for the butterfly woman as he helps carry her in flight higher than she knew she could ever go. The butterfly woman knows no fear or doubt. With him she knows she is safe. Together they hold hands and fly to the sun. The strength of two people. The love that knows no limits. Perfect Flight.”


Traditionally, Anishinaabe people have always been aware of an existence in the cosmos that vibrates with a sacred, creative energy. The sum of this cosmological energy, often called “Great Mystery,” finds its symbolic expression in Giizis the Sun, a sacred Sky Entity addressed to as NIMISHOO,  "My Grandfather," representing life and time in a linear as well as cyclic sense. It is this sacred existence that Zhaawano sought to express in these multicolor gold overlay wedding rings, which he titled MIGIZI MIINAWAA GIIZIS DAANGINIDIWAG (“Touched By The Sun,” or, literally: “The Eagle and the Sun, They Touch Each Other”).

The two-tone wedding rings, which Zhaawano crafted by hand of 14K yellow over red gold and inlaid with a straight-lined, sleekly stylized eagle feather symbol of yellow gold, testify to the beauty of the overlay technique.

The design of the feather, whose interior seems to glow as if touched by the sun’s blessing, symbolizes the daily journey of Grandfather Sun, along with the flight of Migizi, the mighty bald eagle. The eagle feather is a metaphor for the sunlit path that two life partners choose, a spiritual path that holds everything in the Universe sacred and teaches the importance of virtues like self-respect, respect for others, and caring for the future generations.

"Screeching  the night away

With his great feathers spread
Catching the darkness up
I hear the eagle bird
Pulling the blanket back
From the East, sleeping still
How swift he flies,
Bearing the Sun to the morning
See how he perches there
In the trail of the Eastern sky."

Giiwenh. That´s how far this story goes. Miigwech for reading and listening!

>Click here to read the next episode in our Teachings of the Eagle Feather series.

>Return to the blog overview page.

Simone McLeod (her traditional name is Aki’-egwaniizid, which is an Ojibwe name meaning "Earth Blanket") is an Anishinaabe painter and poet, born in Winnipeg, Manitoba in 1962 and a member of Pasqua First Nation from Saskatchewan. She belongs to he Name doodem (Sturgeon clan). She feels special kinship with her mother's people, the Azaadiwi-ziibi Nitam-Anishinaabeg (Poplar River "#16" First Nation) of Manitoba. Simone descends from a long line of Midewiwin seers and healers and artists. Her artwork has been appreciated by several art collectors and educational and health care institutions from Canada, as well as by art lovers from all over the world.