"The Cycle Of Life" 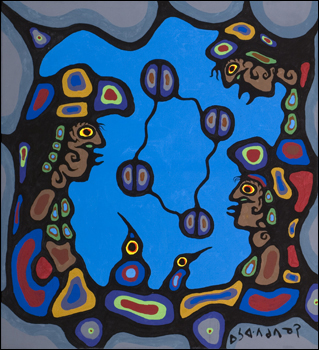 Today, I am pleased to present part 12 of a blog series connecting my jewelry and paintings by kindred artists with the Seven Grandfather teachings of the Ojibwe Anishinaabe People.


This blog post, like most of the teaching stories I write about, holds lessons that are based on the traditions that for thousands of years have been kept safe by and passed on by the lodges of the Midewiwin and Waabanoowiwin of the Anishinaabe Peoples. Both are age-old animistic-medicinal institutions conserving the ancient teachings on human conduct and a spiritual way for living.

Today's blog features images of a painting and a sterling silver ring that were designed and created in the spirit of these Grandfather teachings. 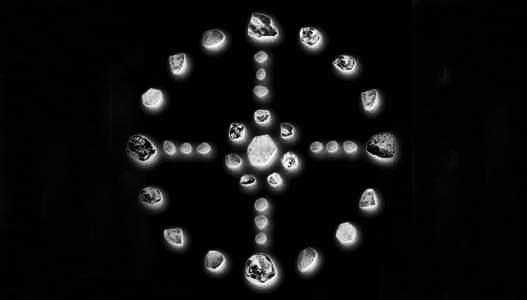 There are so many lessons in the cycles of nature.

To the Anishinaabe Peoples, bimaadiziwin or life has always been characterized and driven by factors of a material as well as spiritual nature. Anishinaabe izhinamowin - our worldview - as well as the social structure of our communities and our cultural traditions are based on the presumption that existence is a dynamic and continuous interplay between all of creation. This mutual interaction between life forces is continuously changing, but also affects and is affected by everyone and everything around us and from the past, present, and future.

Although everything and everyone – natural objects and phenomena, human beings, man-made objects, animals, plant beings, spirit beings- is interconnected and exists beyond linear time and space, what distinguishes some beings from others is how they exist in the world in relation to others.*

This notion, of how everything exist in the world in relation to other beings, brings us to the subject of bimaadizi and bimaadad, two interconnected, complementary types of existence that are both part of bimaadiziwin, or Life.

The philosophical notion of bimaadizi and bimaadad* is perhaps best reflected in Anishinaabemowin, the language of the Anishinaabe Peoples.

Anishinaabe, or Ojibwe, language is made up of relationships and interactions with and between two fluid and interconnected types of existence. These entities are called bimaadizi and bimaadad (bimaadis and bimaadan, or pimaatis and pimaatan in the language of Northwestern Ojibweg from Canada). Both words are derived from bimaadiziwin, which means LIFE and, figuratively, CONDUCT FOR LIVING.

All beings and objects of the bimaadizi class are permeated with a certain life quality based on the way they exist in the world, where bimaadad things and objects have a particular life quality based on how they presently exist in the world. Examples of the bimaadizi category are animals, plants, ancestors, certain minerals, flour, trees, kettles, and spoons; bimaadad existences are for instance tables, meat, wiigwaas (birchbark), and wiigiwaaman (houses).


This BIMAADIZI-BIMAADAD cycle  is a concept that includes far more than environmental cycles of life, but also includes mental, spiritual, and time and space cycles as well. It is the foundation from which all Beings interact.

It is important to understand that bimaadizi and bimaadad existences do not reflect zhaaganash (western) worldviews. These concepts are often wrongly translated by language scholars as “animate” and “inanimate,” a Zhaaganash-oriented concept expressed through formal grammar rules that (misleadingly) structure Anishinaabe languages by describing things as alive (possessing spirit) and dead (not possessing spirit). It's no exaggeration to say that it is only through Anishinaabemowin (the language) that a clear line between Anishinaabe worldview and Zhaagaanash thought has been maintained. The key to understanding these relationships is therefore to be found in Anishinaabe language itself, and in the traditional stories, ceremonies, and philosophical teachings of the MIDEWIWIN and WAABANOOWIWIN. 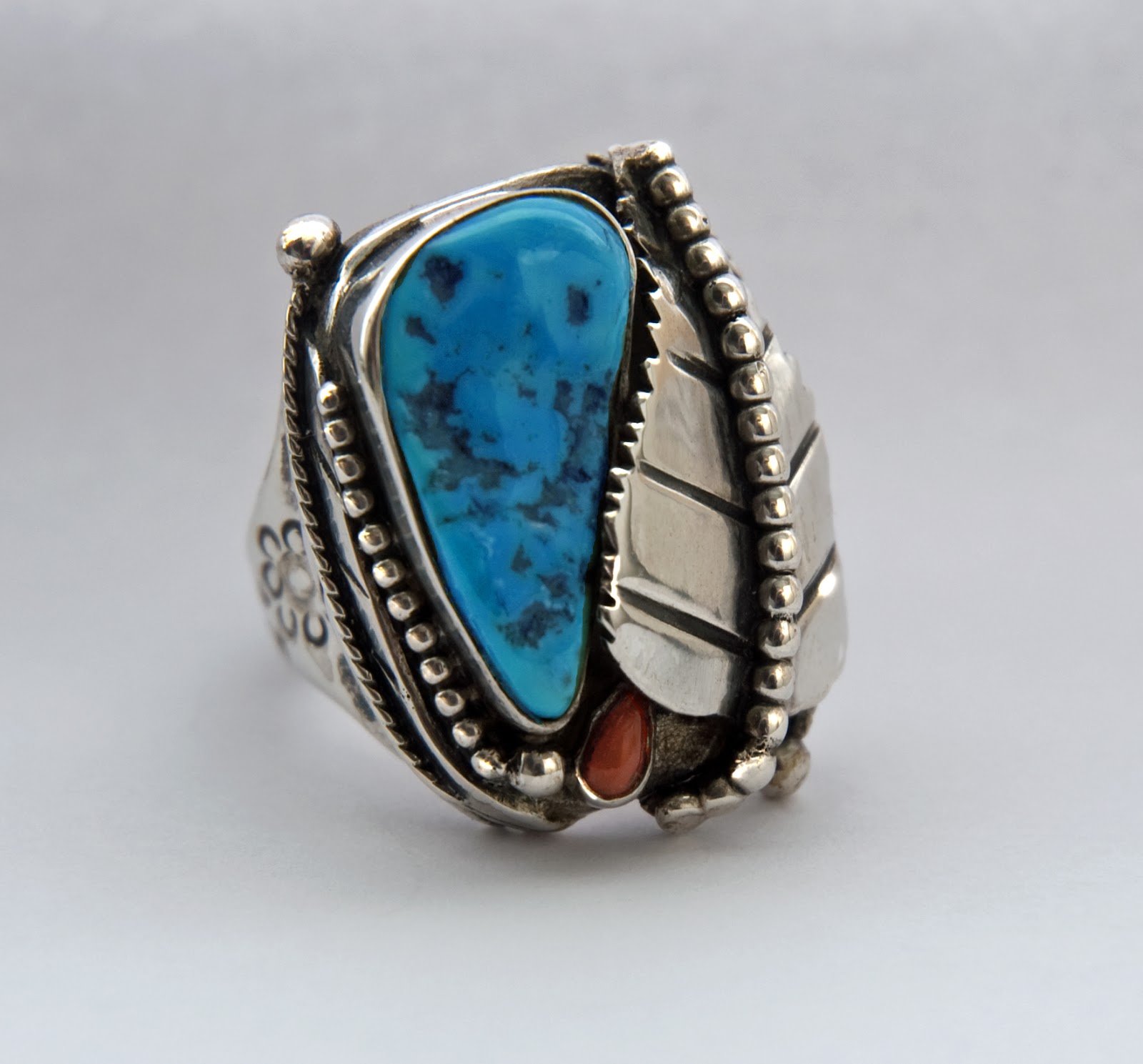 This sterling silver men’s ring, titled bagwaji-bimaadiziwin meaning natural cycle (literally: wild cycle), reflects the environmental cycles of life: the tree leaf and the stamped flower designs symbolizing the plant world, the turquoise stone representing the sky, the red coral resembling a seed and thus epitomizing mother earth, and the twisted wire and pearl-shaped balls wire that I placed on the ring standing for all life cycles.

The idea behind the ring, however, is that once worn around your finger, its design makes you realize that we all are inseparably linked to everything of Creation, not just in a material sense but also mentally and spiritually, and that we, in a cyclical way, are all linked to the past, the present, and the future.

To read more about this topic please see Reflections on a Ceremonial Bundle.

Visit my blog story Teachings of the Tree of Life, part 6 to read about the Sacred Medicine Circle of our Peoples.

Read the next episode in the Teaching Stories series: The Spirit of Sunset. 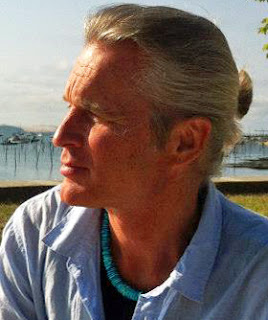 
Zhaawano Giizhik, an American currently living in the Netherlands, was born in 1959 in North Carolina, USA. Zhaawano has Anishinaabe blood running through his veins; the doodem of his ancestors from Baawiting (Sault Ste. Marie, Upper Michigan) is Waabizheshi, Marten. As an artist and a writer and a jewelry designer, Zhaawano draws on the oral and pictorial traditions of his ancestors. In doing so he sometimes works together with kindred artists with similar cultural and artistic backgrounds.