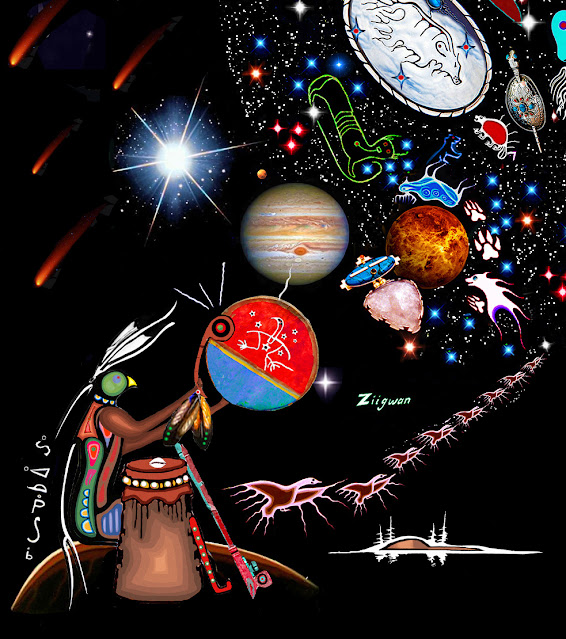 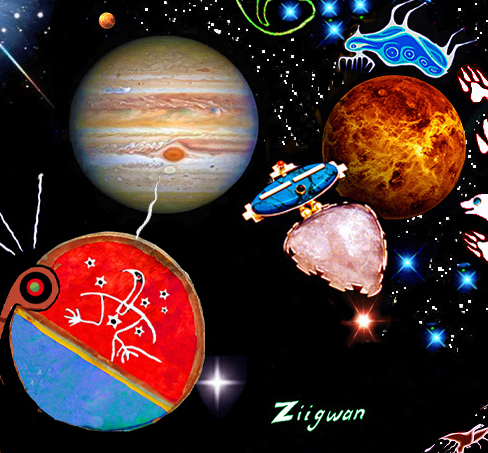 How to see the conjunction 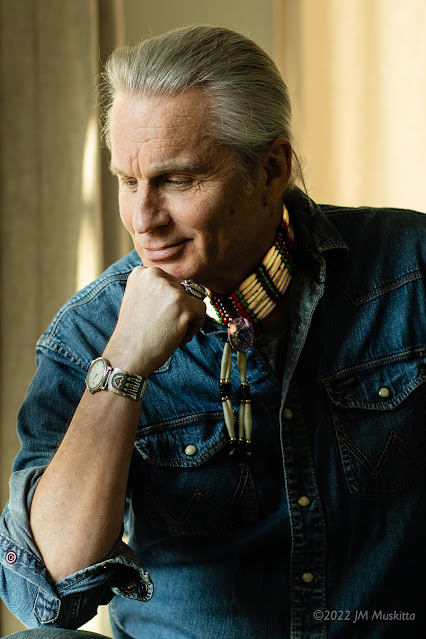 As an American artist and jewelry designer currently living in the Netherlands, I like to draw on the oral and pictorial traditions of my Ojibwe Anishinaabe ancestors from the American Great Lakes area. For this I call on my manidoo-minjimandamowin, or "Spirit Memory"; which means I try to remember the knowledge and the lessons of my ancestors.

The mazinaajimowinan or ‘‘pictorial spirit writings’’ - which are rich with symbolism and have been painted throughout history on rocks and etched on other sacred items such as copper and slate, birch bark and animal hide - were a form of spiritual as well as educational communication that gave structure and meaning to the cosmos.

Many of these sacred pictographs or petroforms – some of which are many, many  generations old - hide in sacred locations where the manidoog (spirits) reside, particularly in those mystic places near the coastline where the sky, the earth, the water, the underground and the underwater meet. It is these age-old expressions that provide an endless supply of story elements to my work; be it graphically, through my written stories, as well as in the context of my jewelry making.