Reflections of the Great Lakes, part 4

"We Are Still Here!" 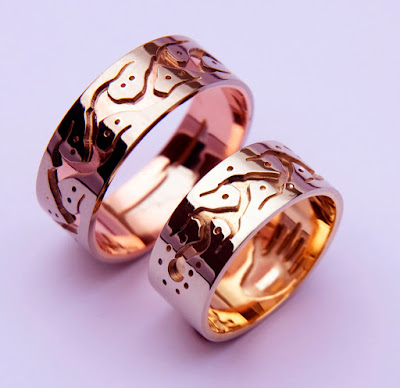 Hello! Welcome back in my Storytelling Lodge where legends and teaching stories are told.

By way of a blog series called "REFLECTIONS OF THE GREAT LAKES," accompanied by my artwork and jewelry designs, as well as by artwork by befriended artists who draw from the same source, I pay homage to, and aspire to recapture, the spirit and beauty and majesty of GICHIGAMIIN, the Great Seas of the Anishinaabe People. These freshwater lakes, which are unrivaled as to their sheer magnitude, are a natural resource of immense proportions once respected, revered and held sacred, yet nowadays unappreciated by many as  their ecosystem is largely being misused and abused by commercial fishery and timber companies, as well as power plants and various international chemical corporations. Meanwhile, the ever-increasing tourist economy has slipped in sync with water levels that fall at an alarming rate. Make no mistake, the lakes and their adjoining waterways, which have nourished many generations of our People, physically as well as spiritually, are under serious threat...


In the above context, I consider it an honor to share with you the sacred story of these gold rings. What motivated me to make the rings was a strongly-felt urge to recover what used to be sacred. The quiet symbolism of the rings denounces a long history of careless abuse of sacred Native lands and waters all over Turtle Island (North America) and reflects the sad realization that much of the ancestral lands and countless sacred places of the Anishinaabeg and other Native Nations are now smothered and fouled by all sorts of economic activities, ranging from recreation to mining.

The rings are designed in the ancient tradition of Nishinaabe mazinaajimowin, or ‘Spirit drawing’; this spiritual art of the Anishinaabe ancestors still exists inscribed in birch bark scrolls kept by the Midewiwin (Ojibwe Grand Medicine Society)as well as in the form of countless rock paintings scattered throughout the Canadian Shield and the Great Lakes area.

The rings were made in the, as I like to call it, GRAPHIC OVERLAY STYLE: a unique mixture of the technique of Hopi overlay and the use of clear-cut and hard-edge, calligraphic ‘spirit lines’, a trademark of the Canadian New Woodland Art School.

In order to convey the story of these rings, I chose the overlay technique because it reflects how multi-layered and colorful and dynamic the traditions, the worldview, and the language of the Anishinaabe People really are.

The story of the rings is a story that has been told throughout history by countless tongues. It is one of many grandfather-stories that, since time immemorial, stand up from the roots of the trees and from the cliffs surrounding the Great Lakes and from the banks of the rivers crossing Anishinaabe land; and although its meaning is deeply rooted in the collective memory and cultural consciousness of the Anishinaabe People, it is also a story that I believe is quintessentially universal in its scope and its applicability to our everyday lives and relationships.

"The traditions of the People and the long-gone ways of our ancestors, it’s still there."

The exterior of the rings display a stylized form of the diagram of the
ANISHINAABE MINO-MIIKANA: the Good Life Road of the People. The ring interiors respectively depict the stylized images of a human hand and a thunderbird figure. Both symbols can be found as red ochre pictographs in hidden places near the Great Lakes, natural settings in rocky areas - often on cliffs beside the water, only to be reached by canoe - where there is a strong connection to the spirit world.

Diagram of the Path Of Life

The teachings of MIDEWIWIN, the Lodge of Medicine and Ethics of the Anishinaabe People, tell us that each person has a path to follow, called The True Path of Life, a capricious trail with many digressions (dangers and temptations) traveling over four 'hills': infancy, youth, adulthood, old age. This trail of life was originally depicted by the ancestors on ancient, sacred birchbark scrolls, as a stylized path with seven or nine digressions or lines leading from life’s main trail. Kept safely within the caches of the Mide spiritual practices, the teachings of the True Path of Life have been passed down to many Mideg for many centuries.

MIDEWIWIN tells us that the concept of mino-bimaadiziwin, to live a good way of life, must be our central goal. This mino-bimaadiziwin cannot be achieved without obtaining spiritual power from the manidoog or manitu's ('spirits') and aadizoogaanag ('our grandfathers' or spirit-helpers), who inhabit all layers of the universe and sometimes visit us in dreams and visions. In the same context, reciprocal responsibilities and mutual obligations, not only between humans, but also in connection with all life forces and beings of the world, should always be taken for granted.


Handprint of the ancestors 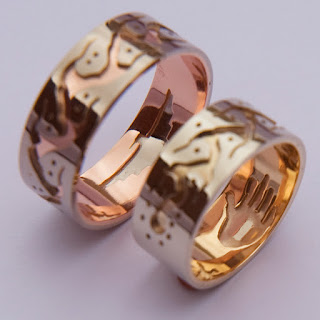 The HAND PRINT depicted in the interior of the womens' ring symbolizes the handprint of the ancestors, their silent, eternal presence speaking through the sacred images (petroglyphs, paintings on stone) that can be found scattered on steep cliff walls surrounding gichigamiin (the Great Lakes). The design, which represents the ancestors' spiritual legacy and cultural heritage handed over in countless songs, creation stories, oral histories, ceremonies, and migration records, is a graphic reawakening and remembrance of mino-bimaadiziwin,  to honor the principle of mutual obligations between humans and all life forms.

The general belief about the pictographic handprints is that they symbolized a special prayer of thanks to GICHI-MANIDOO, the Great Mystery of Life, painted on the rock by mideg (medicine persons) for having received powerful medicine. Also, Anishinaabe dibaajimowin (legend) has it that a handprint painted on the rock is a mark left by a MEMEGWESI as he closes the door after entering his rock home. The Memegwesiwag, or memegawesag, good-natured but also mischievous bank-dwelling water spirits with hairy faces who live on steep slopes in rocky areas around the lakes, are famous for their medicine. They are said to travel in stone canoes and although they were in possession of stone paddles, their canoe moved alone, as if powered by some external force...Their name means "Persons Who Speak Strangely." Once they were looked upon as powerful dream guardians, and if a person fasted in search of a vision, he or she would sometimes dream of the Memegwesiwag, which would protect the dreamer against the evil spell of a jaasakiid or shaking tent seer. 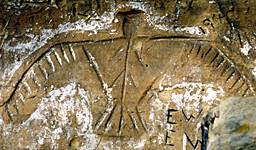 The THUNDERBIRD in the men’s ring is a metaphor for our connection with the domains of the manidoog and aadizookaanag, supernatural beings of extraordinary dimension and powers.
The design of animikii binesi (thunderbird) symbolizes the relationship that we, as humans, must maintain to the greater world and to other beings in order to reach the state of bimaadiziwin, life in the sense of longetivy, good health and spiritual and mental freedom.


This principle is perhaps best reflected by the expression indiniwemaaganag (all my relatives) or by a certain proclamation in Anishinaabe: Gakina-awiiya - "We Are All Related" (Literally: somebody is everyone).

We are all human beings. In the end we are all related...

To view price and order information of the above ring set, go to the website. 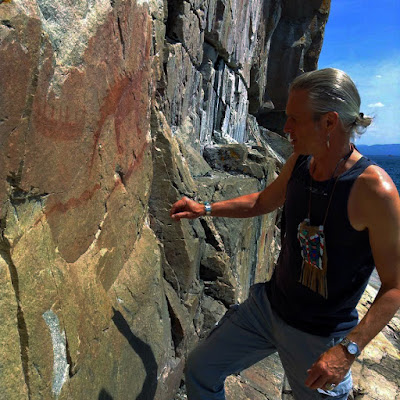 Zhaawano Giizhik, an American currently living in the Netherlands, was born in 1959 in North Carolina, USA. Zhaawano has Anishinaabe blood running through his veins; the doodem of his ancestors from Baawiting (Sault Ste. Marie, Upper Michigan) is Waabizheshi, Marten. As an artist, a writer, and a designer of Native American jewelry and wedding rings, Zhaawano draws on the oral and pictorial traditions of his ancestors. In doing so he sometimes works together with kindred artists.