"I AM AN INVISIBLE CHILD"

A personal account of the Canadian Residential School trauma  and how inter-generational abuse affects all our communities... 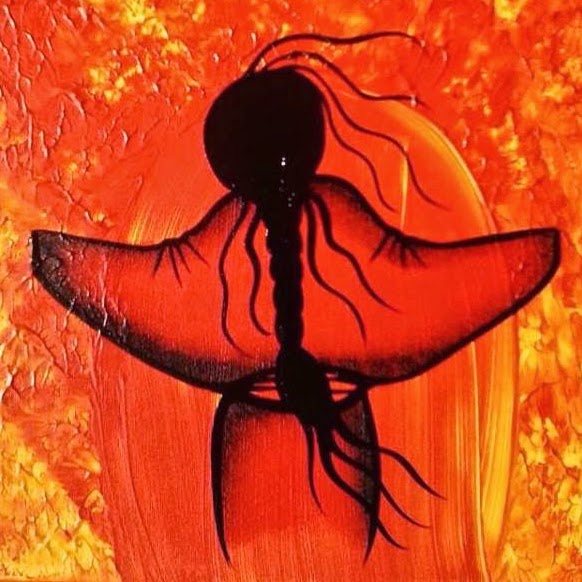 
My name is Simone McLeod, my traditional name is Aki-egwaniizid. It means "All that covers the earth". I am one of thousands of survivors of the Residential/Boarding School horror that has held Native Peoples in Canada and the United States in a devastating grip for almost 130 years.

Some time ago I wrote a book about my life. I am not ashamed of the roads that I had to walk down. I am not ashamed of the ways in which people made me feel about myself. Or of how I often felt dirty and, sometimes, like nothing at all.
The book came about after being asked by the Police to keep an account of memories I had as a child because I had a problem with my memory and timelines. Even such simple facts as recalling where certain walls and bedroom were because they were constantly changing. It is not that I was confused like they thought, it is simply because I lived in a house that was always morphing.
I grew up in a house run by first generation Indian Residential School Survivors. There was not one person who was in charge of me who did not attend these schools.
In the beginning of my book, you could see how much I hated my parents, yet at the same time, felt such a great love and loyalty. When the first of my siblings passed on, it ripped my heart out and all I had to wrap around my trembling empty shoulders was a blanket of flashbacks of people touching me and yelling at me. Flashbacks of small dirty faces of little kids trying to survive the best they could in a jungle where humans were worse predators than the mountain lions I heard in the valley or the bears who left scat on the paths I played on.
When I wrote the book the memories go as far back as to when I was still trying to crawl off a bed and my feet could not reach the floor yet. I remember this because I would hang there so terrified thinking I was going to fall into a deep pit and disappear. Then when I go back further to when I was younger or around the same age it is my mother who filled in some of the blanks of my life. When she died shortly after my brother she gave me the greatest gift.
She talked to the authorities and confirmed my sexual abuse. I was at home with my husband and I cried for two weeks straight. I could finally look in the mirror and I could finally see me! I was here, then and now, I was not crazy!
I referred to myself, and to others like me, as "Invisible Children" because I do not have memories of being loved or being hugged ever. I had no one. I had my siblings but that is it. I had learned to be seen and not heard. I learned to go out when the sun came to give morning kisses and the birds called to me. I would head to the bushes or to the valley and I would be gone for hours and sometimes, most of the day. I remember times when I was tip toeing through seas of drunks passed out or being loud during parties. It was how sneaking around and not letting adults see me that caused me use the reference "Invisible Children".
I know that some who have only ever known love and gentleness their whole life might not have even the slightest clue about what I am talking about. I also realize that some might think that I was and am not living in a real world. To you I say "I forgive you". I forgive you for not "seeing" just what the Indian Residential Schools have done to my people. I am but one person in a pool of thousands. I am but one "Invisible Child" and even today, as I try and help others like me and the next generations, no matter how big I get or how well known I get, I will never stop being invisible. I will also never give up speaking even though it may hurt the ears of the gentle people. Perhaps it is time for them to show some great strength and try and right a wrong as opposed to reading our stories and being amused by our claw marks left on mother earth as we try and climb back to where we are supposed to be.
I no longer begrudge the people who gave me life. Instead I see their inner abused child. I love and respect them and someday, this era of recovery will be over. Not by forgiving, but by understanding.


I will never be quiet about my life and I will never feel shame at how my people choose to deal with this. We are someone's resilient child inside and we will come back strong wearing our scars like armour!
Miigwech for listening...


> Read the next episode in the Teaching Stories series: The Paradoxical Nature of Life.

Simone McLeod (her traditional name is Aki’-egwaniizid, which is an Ojibwe name meaning "Earth Blanket") is an Anishinaabe painter and poet, born in Winnipeg, Manitoba in 1962. She belongs to he Name doodem (Sturgeon clan). Simone feels a special kinship with her mother's people, the Azaadiwi-ziibi Nitam-Anishinaabeg ("#16" Poplar River First Nation) of Manitoba. She descends from a long line of Midewiwin seers and healers and artists. Her artwork has been appreciated by several art collectors and educational and health care institutions from Canada, as well as by art lovers from all over the world.