"Stories of the Maple Tree" 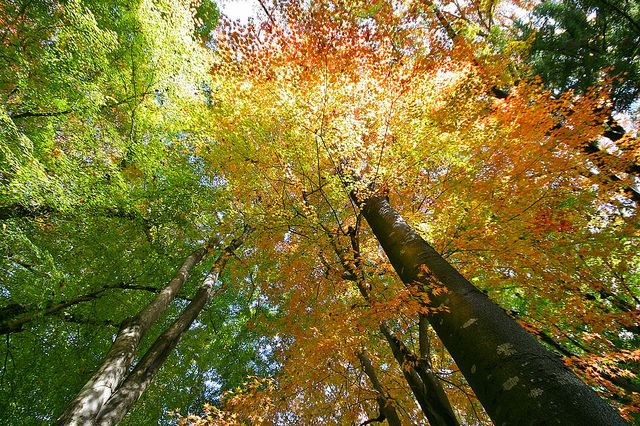 The story that I tell you today is the first in a series named Giigidowag Mitigoog. This is Anishinaabemowin (Ojibwe) for “The Trees Speak." The series features stories about our most sacred trees. Today I will tell you about Gimishoomis Ininatig, Our Grandfather the Maple Tree and what he means to our Peoples, the Ojibwe Anishinaabeg of Turtle Island (North America).

The month of April, why is it called Maple-sugaring Moon? The maple trees run with sap. It is called so because that is when the Anishinaabe boils sap.

In communities all across Anishinaabe-aki (Ojibwe country), syrup, sugar, taffy, and candy are made from the sap of the maple tree during the month of April. Some Anishinaabeg, depending on where they live, call April iskigamizige-giizis or ziinzibakwadoke-giizis ‘‘sugar making moon,’’ others call it Pokwaagami-giizis ‘‘broken snowshoe moon.’’ Different names are used for the sap as well. Aninaatigwaaboo ‘‘maple tree water,’’ wiishkawaaboo ‘‘sweet water,’’ and ziinzibaakwadaaboo ‘‘sugar water’’ are probably the most common names, although often spelled in various ways.
________________________________________________________

Inininaatig Aadizookaan - The Sacred Story of the Man Tree, Gift from the Great Mystery

Ahaaw, n’ga aadizooke bezhig miinawaa...Let's tell another sacred tale now...a tale about the origin of maple sugar-making as it is known in the land of Minisooding (present-day Minnesota).

“In the beginning when the world was still young, GICHI-MANIDOO, the Great Mystery, decided to make life easier for the Anishinaabeg, who were starving. One day a man stood at the lake gazing across when he heard a voice behind him. It was the spirit of the Man Tree who addressed him saying that the Great Mystery pitied the starving Anishinaabeg and that from now on the trees would gift them with their stories and nutritious sap. The voice gave the Anishinaabe inini at the lake instructions on how to tap the trees. The maple trees were full of thick, sweet syrup that dripped out easily when a branch was broken from the tree and the Anishinaabeg knew they would never have to grow hungry again after the hardships of winter. 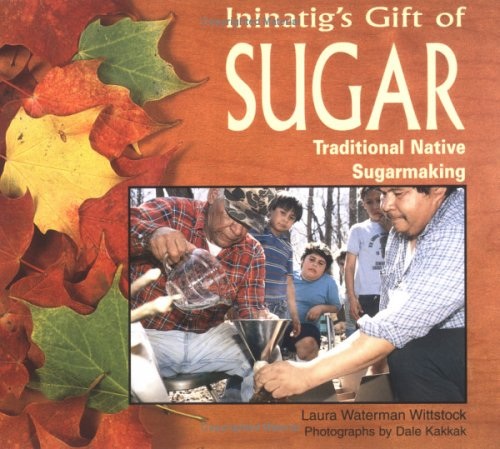 One day, Wenabozho, the supernatural hero and friend of the People, decided to visit the Anishinaabeg, but they were not in the village. No one was hunting, fishing, or working in the fields. Finally he found them in a forest of man-trees, lying around on the ground, catching syrup in their open mouths from the dripping maples. 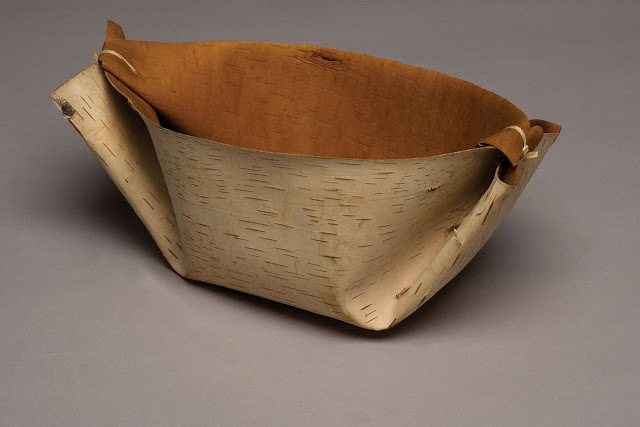 
So he made a basket out of birch bark, filled it with water, went to the top of the man trees and poured the water down their trunks. Suddenly, the thick syrup turned thin and watery, just barely sweet. From now on, Wiinabozho said, the Anishinaabeg will have to work for their syrup by collecting it in great amounts in a birch basket like mine, and then boil off the water by heating the sap with hot stones. In this way, people will appreciate their hear-earned syrup. But Wiinabozho made it so that maples only produced the sap during certain times of the year, at the end of winter, so the Anishinaabeg would spend the rest of the year working in the fields and hunting and catching fish. And this is how it has been ever since..."


> Watch the video about the Man Tree.

So goes the Teaching...

Giiwenh. So goes the Teaching Story about Sugar Making in spring and what it means to the Peoples of the great Turtle Island...Miigwech gibizindaw noongom mii dash gidaadizookoon. Thank you for listening to my storytelling today. Gigawaabamin wayiiba, I hope to see you again soon...

> Read part 2 in the series: Birth of the Bear Berry Tree